In neurochemistry, Acetylcholinesterase or cholinesterase is an enzyme which catalyzes the hydrolysis of the neurotransmitter acetylcholine into choline and acetic acid, a reaction necessary to allow a cholinergic neuron to return to its resting state after activation.

There are two types:

The 3D structure of acetylcholinesterase was first determined in 1991 by Joel Sussman et al using protein from the Pacific electric ray.[3]

Elevation of plasma pseudocholinesterase was observed in 90.5% cases of acute myocardial infarction.[4]

Acetylcholinesterase is tested in early pregnancy. A sample of amniotic fluid is removed by amniocentesis. The presence of AChE in the amniotic fluid can confirm a neural tube defect, a common type of birth defect.[1]

A cholinesterase inhibitor (or "anticholinesterase") suppresses the action of the enzyme. Because of its essential function, chemicals that interfere with the action of cholinesterase are potent neurotoxins, causing excessive salivation and eye watering in low doses, followed by muscle spasms and ultimately death (examples are some snake venoms, and the nerve gases sarin and VX). One counteracting medication is pralidoxime.

Outside of biochemical warfare, anticholinesterases are also used in anesthesia or in the treatment of myasthenia gravis, glaucoma and Alzheimer's disease. Also, such compounds are used for killing insects in a range of products including sheep dip, organophosphate pesticides, and carbamate pesticides. In addition to acute poisoning as described above, a semi-acute poisoning characterized by strong mental disturbances can occur. Also, prolonged exposure can cause birth defects. 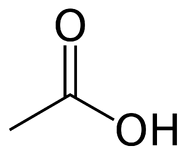