The bioecological model of human development can be applied to both children and maturing adults, and is thus a lifespan approach to development. The framework emphasizes the importance of understanding bidirectional influences between individuals’ development and their surrounding environmental contexts.In the bioecological model, in contrast to his earlier models, Bronfenbrenner also includes time (known as the chronosystem in his model) as an important component in the way that people and environments change. The bioecological model proposed a new method of conducting research which was heavily influential in developmental psychology and is still considered relevant today.

Bronfenbrenner suggested that individuals constantly interact with these systems. He also stated that both individuals and their environments constantly affect one another.[3] However, in this original model, Bronfenbrenner recognized there was not enough focus on individuals’ own role in their development,[4] and thus began further developing this model.

The development of ecological systems theory arose because Bronfenbrenner noted a lack of focus on the role of context in terms of development. He argued the environment in which children operate is important because development may be shaped by their interactions with the specific environment. He urged his colleagues to study development in terms of ecological contexts, that is the normal environments of children (schools, homes, daycares). Researchers heeded his advice and a great deal of research flourished in the early 1980s that focused on context.

However, where prior research was ignoring context, Bronfenbrenner felt current research focused too much on context and ignored development. In his justification for a new theory, Bronfenbrenner wrote he was not pleased with the direction of research in the mid 1980s and that he felt there were other realms of development that were overlooked.[6]

Bronfenbrenner further developed the model by adding the chronosystem, which refers to how the person and environments change over time. He also placed a greater emphasis on processes and the role of the biological person. The Process-Person-Context-Time Model (PPCT) has since become the bedrock of the bioecological model. PPCT includes four concepts. The interactions between the concepts form the basis for the theory.[6]

1. Process - Bronfenbrenner viewed proximal processes as the primary mechanism for development, featuring them in two central propositions of the bioecological model.

Proposition 1: [H]uman development takes place through processes of progressively more complex reciprocal interaction between an active, evolving biopsychological human organism and the persons, objects, and symbols in its immediate external environment. To be effective, the interaction must occur on a fairly regular basis over extended periods of time. Such enduring forms of interaction in the immediate environment are referred to as proximal processes.[7]

Proximal processes are the development processes of systematic interaction between person and environment.[3] Bronfenbrenner identifies group and solitary activities such as playing with other children or reading as mechanisms through which children come to understand their world and formulate ideas about their place within it.[4] However, processes function differently depending on the person and the context.

Proposition 2: The form, power, content, and direction of the proximal processes effecting development vary systematically as a joint function of the characteristics of the developing person; of the environment—both immediate and more remote—in which the processes are taking place; the nature of the developmental outcomes under consideration; and the social continuities and changes occurring over time through the life course and the historical period during which the person has lived.[7]

2. Person – Bronfenbrenner acknowledged the role that personal characteristics of individuals play in social interactions.[7] He identified three personal characteristics that can significantly influence proximal processes across the lifespan. Demand characteristics such as age, gender or physical appearance set processes in motion, acting as “personal stimulus” characteristics.[4] Resource characteristics are not as immediately recognizable and include mental and emotional resources such as past experiences, intelligence, and skills as well as material resources such as access to housing, education, and responsive caregivers.[7] Force characteristics are related to variations in motivation, persistence and temperament. Bronfenbrenner notes that even when children have equivalent access to resources, their developmental courses may differ as a function of characteristics such as drive to succeed and persistence in the face of hardship. In doing this, Bronfenbrenner provides a rationale for how environments (i.e., the systems mentioned above under “The Original Model: Ecological Systems Theory”) influence personal characteristics, yet also suggests personal characteristics can change environments.[4]
3. Context - Context involves five interconnected systems, which are based on Bronfenbrenner’s original model, ecological systems theory. The microsystem describes environments such as home or school in which children spend significant time interacting. Mesosystems are interrelations between microsystems. The exosystem describes events that have important indirect influence on development (e.g., a parent consistently working late).[3] The macrosystem is a feature of any group (culture, subculture) that share values and belief systems. The chronosystem describes historical circumstances that affect contexts at all other levels.[7]
4. Time – Time has a prominent place in this developmental model. It is constituted at three levels: micro, meso, and macro. Micro-time refers to what is happening during specific episodes of proximal processes. Meso-time refers to the extent to which the processes occur in the person’s environment, such as over the course of days, weeks or years.[4] Macro-time (or the chronosystem) focuses on the shifting expectancies in wider culture. This functions both within and across generations and affects proximal processes across the lifespan.[6]

Thus, the bioecological model highlights the importance of understanding a person’s development within environmental systems. It further explains that both the person and the environment affect one another bidirectionally. Although even Bronfenbrenner himself critiqued the falsifiability of the model,[3] the bioecological model has real world applications for developmental research, practice, and policies (as demonstrated below).

Bronfenbrenner set up a contrast to the traditional “confirmatory” approach to hypothesis testing (in which research is done to “confirm” that a hypothesis is correct or incorrect) when specifying the types of research needed to support the bioecological model of development.[9] In Bronfenbrenner’s view, the dynamic nature of the model calls for “primarily generative” research designs that explore interactions between proximal processes (see Proposition 1) and the developing person, environment, time, and developmental outcome (Proposition 2). Bronfenbrenner called this type of research the “discovery mode” of developmental science.

To best capture such dynamic processes, developmental research designs would ideally be longitudinal (over time), rather than cross-sectional (a single point in time), and conducted in children’s natural environments, rather than a laboratory. Such designs would thus occur in schools, homes, day-care centers, and other environments in which proximal processes are most likely to occur. The bioecological model also proposes that the most scientifically rich studies would include more than one distinct but theoretically related proximal process in the same design.[6] Indeed, studies that claim to be based upon bioecological theory should include elements of process, person, context, and time, and should include explicit explanation and acknowledgement if one of the elements is lacking.[4] Based on the interactions of proposed elements of the PPCT model, appropriate statistical analyses of PPCT data would likely include explorations of mediation and moderation effects, as well as multilevel modeling of data to account for the nesting of different components of the model. Moreover, research that includes both genetic and environmental components would capture even more of the bioecological model’s elements. 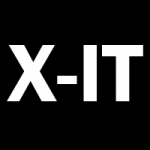