A prostaglandin (PG) is any member of a group of lipid compounds that are derived enzymatically from fatty acids and have important functions in the animal body. Every prostaglandin contains 20 carbon atoms, including a 5-carbon ring. They are mediators and have a variety of strong physiological effects; although they are technically hormones, they are rarely classified as such.

The name prostaglandin derives from the prostate gland. When prostaglandin was first isolated from seminal fluid in 1935 by the Swedish physiologist Ulf von Euler,[1] and independently by M.W. Goldblatt,[2] it was believed to be part of the prostatic secretions (in actuality prostaglandins are produced by the seminal vesicles); it was later shown that many other tissues secrete prostaglandins for various functions.

In 1971, it was determined that aspirin-like drugs could inhibit the synthesis of prostaglandins. The biochemists Sune K. Bergström, Bengt I. Samuelsson and John R. Vane jointly received the 1982 Nobel Prize in Physiology or Medicine for their researches on prostaglandins. 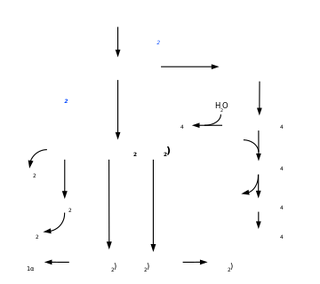 Prostaglandins are found in virtually all tissues and organs. These are autocrine and paracrine lipid mediators that act upon platelet, endothelium, uterine and mast cells, among others. They are synthesized in the cell from the essential fatty acids[3] (EFAs).

Release of prostaglandins from the cell

Prostaglandins are produced following the sequential oxidation of AA, DGLA or EPA by cyclooxygenases (COX-1 and COX-2) and terminal prostaglandin synthases. The classic dogma is that COX-1 is responsible for the baseline levels of prostaglandins, whereas COX-2 produces prostaglandins through stimulation. However, while COX-1 and COX-2 are both located in the blood vessels, stomach and the kidneys, prostaglandin levels are increased by COX-2 in scenarios of inflammation.

These varied receptors mean that Prostaglandins thus act on a variety of cells, and have a wide variety of actions:

Prostaglandins are potent but have a short half-life before being inactivated and excreted. Therefore, they exert only a paracrine (locally active) or autocrine (acting on the same cell from which it is synthesized) function.