Psychology Wiki
Register
Don't have an account?
Sign In
Advertisement
in: Pages with broken file links, Articles with unsourced statements, Glands,
and 5 more

The spleen is an organ located in the abdomen of the human body, where it functions in the destruction of old red blood cells and holds a reservoir of blood. It is regarded as one of the centers of activity of the reticuloendothelial system (part of the immune system). Until recently,Template:When the purpose of the spleen was not known. It is increasingly recognized that its absence leads to a predisposition to certain infections.

The spleen is the largest organ derived from mesenchyme and lies in the mesentery. It consists of masses of lymphoid tissue of granular appearance located around fine terminal branches of veins and arteries. These vessels are connected by modified capillaries called splenic sinuses.

Approximately 10% of people have one or more accessory spleens. They may form near the hilum of the main spleen, the junction at which the splenic vessels enter and leave the organ.

Cross sections of the spleen reveal a red soft surface which is divided into two types of pulp which correspond to the two most important functional roles of the spleen, summarized below:[2]

Other functions of the spleen are less prominent, especially in the healthy adult:

Disorders include splenomegaly, where the spleen is enlarged by various reasons. On the other hand, a lack of normal spleen function is called asplenia.

Enlargement of the spleen is known as splenomegaly. It may be caused by sickle cell anemia, sarcoidosis, malaria, bacterial endocarditis, leukemia, pernicious anaemia, Gaucher's disease, leishmaniasis, Hodgkin's disease, Banti's disease, hereditary spherocytosis, cysts, glandular fever (mononucleosis or 'Mono' caused by the Epstein-Barr Virus), and tumours. Primary tumours of the spleen include hemangiomas and hemangiosarcomas. Marked splenomegaly may result in the spleen occupying a large portion of the left side of the abdomen.

The spleen is the largest collection of lymphoid tissue in the body. It is normally palpable in preterm infants, in 30% of normal, full-term neonates, and in 5% to 10% of infants and toddlers. A spleen easily palpable below the costal margin in any child over the age of 3-4 years should be considered abnormal until proven otherwise.

Splenomegaly can result from antigenic stimulation (eg, infection), obstruction of blood flow (eg, portal vein obstruction), underlying functional abnormality (eg, hemolytic anemia), or infiltration (eg, leukemia or storage disease, such as Gaucher's disease). The most common cause of acute splenomegaly in children is viral infection, which is transient and usually moderate. Basic work-up for acute splenomegaly includes a complete blood count with differential, platelet count, and reticulocyte and atypical lymphocyte counts to exclude hemolytic anemia and leukemia. Assessment of IgM antibodies to viral capsid antigen (a rising titer) is indicated to confirm Epstein-Barr virus or cytomegalovirus. Other infections should be excluded if these tests are negative.

Asplenia is the absence of normal spleen function. It predisposes to some septicaemia infections. Therefore, vaccination and antibiotic measures essential in such cases. There are multiple causes:

The word spleen comes from the Greek splēn. In Latin its name is lien.

In French, spleen refers to a state of pensive sadness or melancholy. It has been popularized by the poet Charles Baudelaire (1821-1867) but was already used before, in particular in the Romantic literature (18th century). The connection between spleen (the organ) and melancholy (the temperament) comes from the humoral medicine of the ancient Greeks. One of the humours (body fluid) was the black bile, secreted by the spleen organ and associated with melancholy. In contrast, the Talmud (tractate Berachoth 61b) refers to the spleen as the organ of laughter, possibly suggesting a link with the humoral view of the organ.

In German the word "spleen", pronounced as in English, refers to a persisting somewhat eccentric (but not quite lunatic) idea or habit of a person; however the organ is called "Milz", (cognate with Old English milte).

In 19th century England, women in bad humour were said to be afflicted by the spleen, or the vapours of the spleen. In modern English, "to vent one's spleen" means to vent one's anger, e.g. by shouting, and can be applied to both males and females; similarly, the English term "splenetic" is used to describe a person in a foul mood.

In China, the spleen '脾 (pí)' counts as the seat of one's temperament and is thought to influence the individual's willpower. Analogous to "venting one's spleen", "發脾氣" is used as an expression for getting angry, although in the view of Traditional Chinese Medicine, the view of "脾" does not correspond to the anatomical "spleen".

In chiropractic (meric chart) problems with the spleen relate to T8 (eighth thorasic vertebrea), a subluxation at T8 is associated with low energy and/or low immune system function. 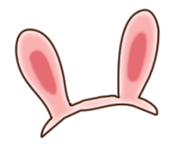 Transverse section through the middle of the first lumbar vertebra.