Tampo refers to a range of Filipino cultural behavior in which one may withdraw affection or cheerfulness from a person who has hurt one's feelings.[1]

Because the behavior roots from Filipino culture, the term has no English equivalent, but "sulking" or "to sulk" is often considered the closest translation. [2]

Tampo is usually manifested in the withdrawal of affectionate or cheerful behavior, and its expression is almost entirely nonverbal. These manifestations include:[2]

These are usually efforts to get the offending party to make amends, and if these behaviors do not work, one might choose to escalate them - foot stomping, door slamming, and muttering, for example. [3]

While these external manifestations may indeed sound like "sulking" in the western sense, the underlying cultural reason for them is what sets tampo apart. While sulking has strong negative connotations in western countries, tampo is quite acceptable among Filipinos.[4] In fact, Tampo has positive connotations for the Filipino, quite aside from the obvious negatives ones.

The cultural behavior tampo springs from the nonconfrontational nature of Filipino culture. That is to say, it is a way of expressing hurt feelings in a culture where the direct expression of anger or resentment is discouraged.[2] The withdrawal behaviors of tampo are indirect ways of expressing hostility.[1]

It can also be seen as a way by which Filipinos "save face,"[1] as direct confrontation is usually a threat to "smooth interpersonal relationships" (SIR), which is a deeply valued in Philippine society.[5]

The basic expectation of one who engages in tampo is for the offending party to woo or cajole him or her out of the feeling of being unhappy. The Tagalog term for this is "amuin." [2]

For the offending party, the typical Filipino way of dealing with tampo is to respond to the offended party with friendly overtures or expressions of concern, after a short "cooling off" period. Not to do this may cause relations - especially romantic ones - to deteriorate. In most cases of tampo, healing the inner, emotional relationship between two people is usually more critical than resolving the issue itself.[1]

Like other Asians, Filipinos believe strongly in saving face. This is why, in response to an invitation, when a Filipino says yes, it might mean “yes”, but could mean “maybe”, or even “I don’t know.” It is often difficult for Filipinos to bring themselves to say no, and it is a good idea to confirm a dinner invitation several times to ensure that they did not say yes because they could not find a proper way to say no. Also tied to saving face are amor propio, which means self-respect; and hiya, which means shame. A Filipino would be thought of as lacking amor propio if, for example, they accepted criticism weakly or did not offer honored guests the proper hospitality. Hiya is felt by those whose actions are seen as socially unacceptable, and one of the ultimate insults in Philippine society is to be labeled walang-hiya, which roughly translates to being shameless. Everyone is expected to have hiya, and to win the respect of others by conforming to community norms. Those who change allegiances for personal convenience are seen as double-faced, and labeled balimbing (after the many-sided fruit).[1] 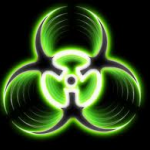